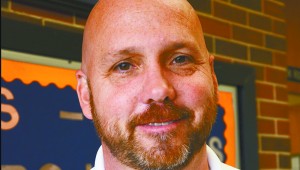 Charles Henderson High principal Dr. Boyd English is one of six finalists in the search for Brewton City School’s next superintendent.

“I’m honored to be included,” said English, who has been principal at CHHS since the 2011-2012 school year. “I also want to be clear about this: I don’t want to be principal anywhere else but Charles Henderson High School …

“This was an opportunity I wanted to seek and think about. It may not be what is planned for me, but we’ll find out. Only God knows what will happen.”

English was among more than 40 people who expressed an interest in the position that will become vacant June 30 with the retirement of current Brewton superintendent Lynn Smith, who leaves the system after 36 years of service. In February, the board contracted with the state association of school boards to coordinate the search. The board had asked for five candidates, but the AASB recommended six.

The board set public interviews April 13-16, 20 and 21 – pending scheduling confirmation – with one candidate per day with a meet-and-greet reception daily from 4:30 p.m. until 5 p.m. A 15-question interview session will follow. English will interview Tuesday, April 14.

This will be the second time English will interview for a superintendent position. He was among the finalists recommended for the Troy position in 2011, when the board hired Dr. Lee Hicks as superintendent and English as principal at CHHS. His contract was recently renewed through 2017.

“Working with Dr. Hicks and the Troy City Schools board is something that I appreciate daily and it’s not something that I take lightly. If this opportunity happens, it happens. If not, I’m still appreciative of the opportunities I have right here … I couldn’t ask for a better situation than where I’m at as principal at CHHS.”

Hicks said he was “very happy that another school system in the state of Alabama notices the top quality administrators we have in the Troy City Schools. Dr. English would be a great superintendent because of his positive leadership style.”

English, who is from Elba, has been in education for 22 years. He holds degrees from Troy University, Auburn University Montgomery and Georgia Southern. He was a history teacher and coach before moving into administration and served as a high school principal in Georgia for six years before taking over at CHHS. During his tenure, the school has seen improvements in both academics and athletics, with the graduation rate moving from 58 percent for the 2012 cohort to 85 percent to the 2014 cohort and the baseball program winning back-to-back state championships in 2013 and 2014. “Anybody who would say that it’s because of them would not be fair to all who contributed to it – the faculty, the staff, the students,” he said. “We’re all responsible for the good things that are going on here.”

But, he said, the school also has faced challenges, particularly this year with the death of three students this school year. “It’s been challenging, but I’ve grown – I think we’ve all grown, as a family and as a school,” English said.

Wally Lowery, president of the Troy City Schools Board of Education, said English has been a “true leader during some tough times.”

“I’m happy that a member of our administration is a finalist for a superintendent job,” Lowery said. “I personally think Dr. English would make a fine superintendent for their school system,” although he would be missed at Troy.

The recruiting of a Publix grocery store and development of two major connector roads might be the longest economic development... read more