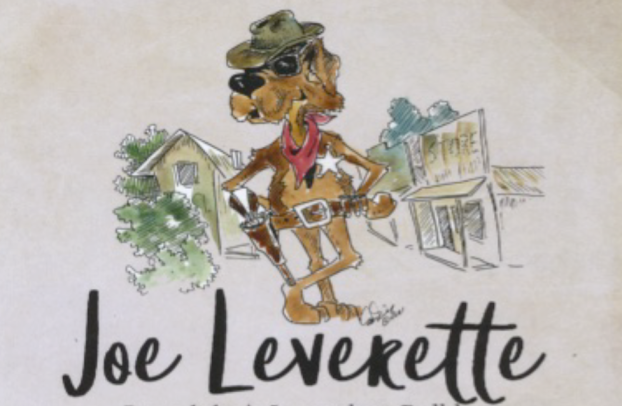 This story should start, “Once upon a time …” because it’s that kind of story. But it won’t. That might imply that it’s a fabrication of someone’s imagination. And it’s not.

The story of Joe Leverette is true, as the stories originated in Brundidge from 1932 until 1943 and continue to live on as part of the local lore of the small, Pike County town.

Joe Leverette was Brundidge’s legendary bulldog that young Pierson Leverette got in a trade for a gallon of cooking oil. Pierson put the puppy in his wagon and took him home and proudly showed him to his mama.

“Ain’t this the purtiest dog you ever saw,” he asked his mama, with a huge smile

Laura Leverette found it hard to agree that the bulldog pup was pretty, but she had to smile at the happiness of her little son.

When Pierson’s daddy Brundidge Police Chief Howell Leverette came home, Pierson was waiting for him with the bulldog pup tucked under his arm.

“Ain’t this the purtiest dog you ever saw,” he asked. Leverette smiled and ruffed his son’s hair.

“What did you name him,” Leverette asked.

Just how it was that Joe became the chief’s dog, no one is quiet sure. But the two became inseparable. Wherever you saw the police chief, you saw Joe.

Joe was up early to have breakfast with the chief, who ate at the kitchen table while Joe ate from a bowl at his feet. After breakfast, the two of them went to the police station and took care of business there.

Around mid-morning, the chief would go down the street to the City Market for a nickel box of animal crackers. He enjoyed the sweet treats while sitting on the window ledge at Jackson Hardware with other men around town. For every animal cracker that he ate Chief Leverette would give one to Joe.

In mid-afternoon,  the chief would go to Watkins Drug Store for Dixie cups of ice cream – one for him, one for Joe.

It was said Joe knew the difference between dime and a nickel. Try as they might, no one could fool Joe and Joe got a lot of treats in their trying.

Matt Leverette of Troy is the grandson of Howell Leverette. He grew up hearing the stories of Joe and the many amazing things he could do.

“I’ve always loved to hear stories about Joe and my granddaddy,” Leverette said. “I never thought about whether they were true or not, I just enjoyed the stories.”

Leverette said he has pictures to prove some of the stories about Joe were absolutely true.

“My granddaddy was the chief of police in Brundidge and Joe was his assistant,” Leverette said. “Joe wore a hat and had a bandanna tied around his neck. He had a holster with a gun and kept a pipe in his mouth. He also campaigned for Ben Reeves when he was running for sheriff here in Pike County. But as for the stories… I’ve just been told.”

Leverette said, according to legend, Joe was the first dog to “take a bite of crime.”

“It is said Joe could sniff out moonshine that was buried deep in the ground,” Leverette said. “When he and my granddaddy would go to arrest the guilty party, the chief would go the front door and Joe would go the back. And the ‘criminal’ would come out the front door rather than face Joe at the back door.”

Leverette said many stories have been told about Joe – stories of how, when Brundidge was overrun with rats, Joe hunted them down for bounty; stories of when he treed the men who were caught in a skins game deep in the wood; stories of how he assisted the firemen at the Brundidge fire department and of how he saved a little girl’s life in the pond at Watkins woods.

And it is a fact that Joe attended FBI school in Montgomery with the chief and how he was the celebrity for a national dog biscuit company.

“The story is that the company sent my grandparents a big box of the dog biscuits for Joe, but he wouldn’t eat the first one,” Leverette said, laughing.

The only black mark on Joe’s record was a defeat he suffered at the teeth of a monkey that belonged to a man in Troy. The monkey jumped on Joe’s back, dug his claws into his sides, biting and scratching him almost to death.

In the fall of 1943, Joe got sick. On October 11, 1943, he died and a cloud of sadness came over all who knew him. One of the U.S. Marshals, who was fond of Joe, sent his obituary to the Montgomery Advertiser. Not knowing Joe was a dog, the newspaper ran his obituary.

Joe was buried in Brundidge. But that was not the end of Joe’s story. The legend lives on.

Candidates share views on role of faith in public office

Both candidates for the District 89 seat in the Alabama House of Representatives are professing Christians, but they see the... read more