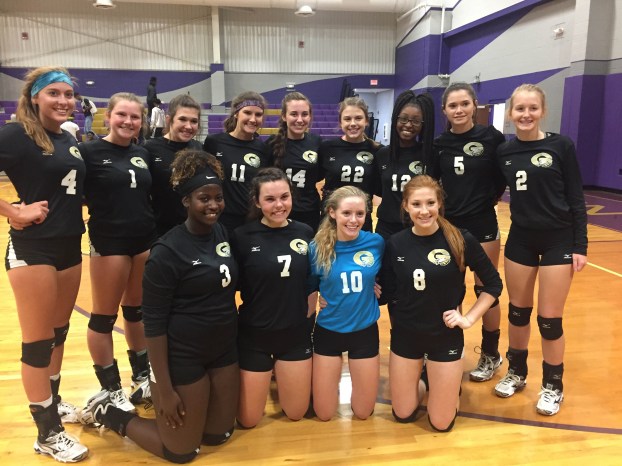 Eagles have reason to celebrate on senior night

The Goshen Eagles took time to honor their five seniors on Tuesday afternoon before their match against Straughn.

Lydia Harrison, Kate Warrick, Hannah Calhoun, Anastasia Mallard and JaMecia Berry have all been a part of a lot of success over the last several years and the Eagles honored the players and moments Monday afternoon.

“Tonight is all about them,” said head coach Amy Warrick. “This group of seniors is definitely special. They were the juniors that went with us last year and played a very important role in that state team. They have done a great job this year at being leaders of this team.”

The Eagle seniors have expressed the importance of building a legacy at Goshen. According to coach Warrick, it is a mission accomplished.

“I feel like they have grown up tremendously,” Warrick said. “One of them told me how important it was to do things for the younger players. They realize they want to leave a legacy and they want people to remember their legacy and how they built this program up. I think it’s important to them. They want to keep Goshen volleyball going. They’ve been a big part of building Goshen volleyball up to where it is now.”

With senior night now in the past, the Eagles shift their attention to the area tournament and postseason play.

“It’s not over with,” Warrick said. “We are playing great volleyball right now. It’s senior night and I want to recognize them. We are not done. They are probably playing their best volleyball they have played all season. It’s finally clicking and they’re finally playing the way I wanted to play when we started this thing.”

The last time the Trojans made the three-hour trip to face South Alabama, 16 packed busses followed them to Mobile.... read more