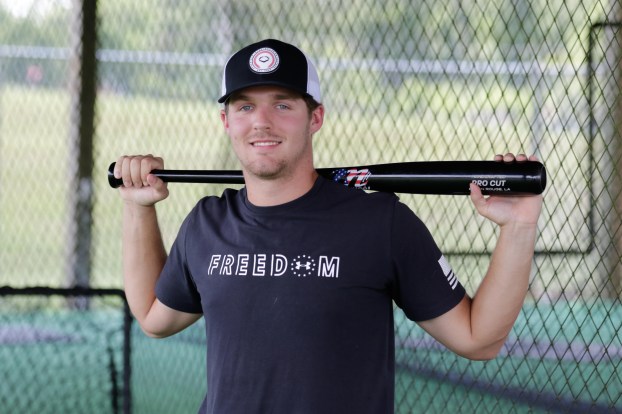 Chris Maxwell is a walking testimony to believing in yourself and reaching your goals, regardless of any challenges.

When Maxwell broke his ankle as a senior on the Charles Henderson High football team at Greenville last October, the first doctor in Montgomery told Chris’ parents that he might lose his foot. The talus bone was broken and that bone would die, the doctor said.

That’s when the Maxwell’s requested to be transported to UAB, where a team of surgeons repaired the break with plates, screws, hope and prayer, and today, some eight months later, the CHHS graduate is playing baseball again, his first love, and has signed a scholarship to play college baseball in Mississippi.

Maxwell recently signed to play at Blue Mountain College in Mississippi, an NAIA program, which finished 2019 with its third consecutive 25-games-plus winning season.

It was by chance that Maxwell met the head coach of Blue Mountain at the NAIA tournament in Montgomery, and Maxwell was invited to a tryout. He was offered a scholarship at the tryout that day.

A 2019 graduate of CHHS, Maxwell was born in Montgomery, grew up in Banks, went to Pike County High as a freshman and sophomore, and transferred to CHHS, where he played in a reserve capacity his junior season.

The injury forced him to miss his senior year of baseball, but that did not keep him from giving up hope to one day play baseball again. He always enjoyed football, but baseball was always his passion.

“I played recreation ball in Troy when I was 12, 13 and 14,” said Maxwell. “When I started playing T-ball and baseball, I fell in love with it. But there would be times I would focus on football, then baseball season would come around and I would say I wanted to be a baseball player.

“In the 10th grade I zoned in on baseball and pictured where I wanted to be, and started working on it. This summer I have been in the weight room three days a week and playing summer baseball in the Montgomery Metro League, playing catcher and outfield.”

Once he reports to Blue Mountain, Maxwell said he is going to make the best of this second chance.

“I’m going to work as hard as I can and try to get playing time,” said Maxwell. “They’ve told me they expect me to come in and play a big role my first year, so I want to earn a position as a starter.”

Maxwell said he could not have made it this far without the help and support of many special people.

“I would like to say a special thanks to everyone at ATI Physical Therapy for helping me get through everything, and Chase Smartt as well,” said Maxwell. “Chase has helped me with catching and getting my confidence level back up, and pushed me to work harder. He has done a lot for me.

“I would also like to say a special thank you to my mom and dad (Steve and Gina) they have always motivated me, encouraged me, helped me stay positive during all the down time. Through all the adversity they have always helped me get out of my hole. My sister Heather has also helped me a lot as well. I don’t know where I would be without them.”

Maxwell plans to report to Blue Mountain in August.