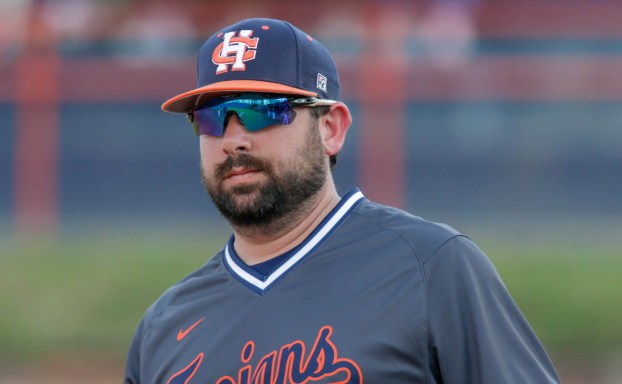 Whitton heading back to Enterprise

Whitton came to Troy in the middle of the 2017 season and coached the entirety of the 2018 campaign.

Whitton was introduced as the new Wildcat coach on Tuesday evening. He will be taking over for former head coach Lee Hyde.

“It’s definitely a whirlwind of emotions,” Whitton said. “It was a very fast process that I think was great for both sides. It’s always tough to leave somewhere. When you establish yourself as a coach, the first goal is to build relationships with the community and the players. That’s one thing I kind of prided myself in. I feel like I had really good relationships with a lot of people in Troy.

“I’m excited to be here, but sad to leave. It was a bittersweet day yesterday as I Ieft the campus for the last time.”

Whitton will be heading back to home to coach the Wildcats. He graduated from Enterprise High School and later became an assistant coach there before being named head coach at Charles Henderson.

“I’m excited to be able to take over a really good program,” Whitton said. “Obviously I’m going back home where I played and graduated from. I am able to spend more time with family. I think that was the biggest factor. I’ll get to see my family more, especially my 1-year-old girl.”

“I think everybody’s number one goal is to win a state championship, and that was one of our goals that we didn’t reach,” Whitton said. “I think we achieved some goals as far as developing players on the field, but more importantly we developed players off the field.”

Whitton believes the program at Charles Henderson is set up to have more success in the upcoming years because of the support and the effort and dedication of the players.

Dr. Lee Hicks, superintendent, said the system is sad to see Whitton go, but wishes him good luck in his new chapter.

“We are sorry to see him leave our program, but understand his desire to be the head baseball coach in his hometown,” Hicks said. “We wish Coach Whitton success at Enterprise and thank him for his service to TCS.”