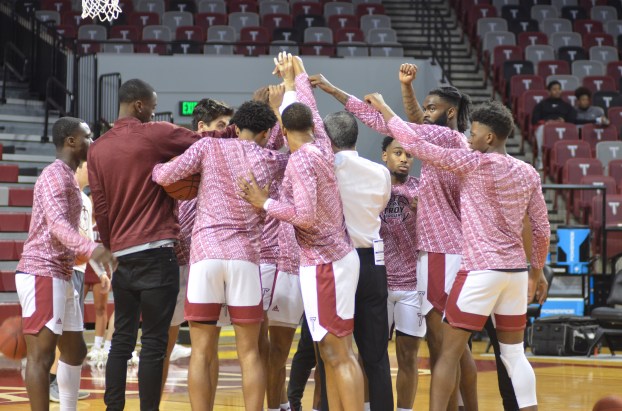 The Troy Trojans continue to hover around the .500 mark in the Sun Belt Conference. After falling to Arkansas State in overtime on Saturday, the Trojans look to reach the .500 mark once again when they host first place Georgia Southern on Thursday evening.

The Trojans come into the game with a 7-11 overall record and they are 3-4 in league play.

The Trojans led by as many as 10 with just five minutes to play against Arkansas State. The Red Wolves rallied to force overtime and then outscored the Trojans 15-7 in overtime.

Darian Adams scored 20 points to lead the Trojans in the loss. He comes into Thursday’s game as Troy’s leading scorer, averaging 13.8 points per game. Adams is one of three players on the roster to average double figures. Ty Gordon averages 11.2 points per game and despite missing the last two games; Zay Williams averages 11.1 points per game.

Troy finds themselves in the middle of the pack in the Sun Belt Conference, averaging 70.2 points per game, good enough for eighth most in the conference.

The Georgia Southern Eagles come into the game 11-7 overall and are 5-2 in SBC play, and is tied for first with in-state rival Georgia State.

The Eagles are coming off a 20-point win over Louisiana in their last game. They scored 71 points in the win. They are Georgia State (80.2) and Coastal Carolina (80.4).

Corey Allen leads the Eagles in scoring and is seventh in the conference averaging 15.1 points per game.

The Trojans fell to Georgia Southern twice last year. The Trojans lost to the Eagles inside Trojan Arena 90-82.

Tip-off is scheduled for 6 p.m.

PREPARING FOR THE PLUNGE: Local ‘Polar bear’ ready to support Habitat for Humanity

When Forrest Lee was six months old, his family moved from the sunny warmth of Albany, Georgia to the icy... read more