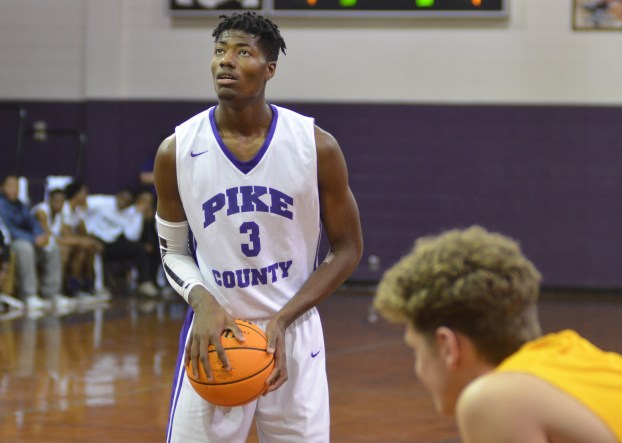 Bulldogs take on Dadeville in Class 3A quarterfinals

The Pike County Bulldogs will play for an opportunity to head to Birmingham for the first time since 2016 when they take on Dadeville in the Class 3A Regional Finals on Wednesday afternoon in Montgomery.

Now the  Bulldogs get ready to take on a Dadeville team that took home the Class 3A Area 7 championship. They went on to defeat Bullock County in round one and then Providence Christian in round 2. The Tigers are averaging 43 points per game in the first two rounds of the playoffs.

After knocking off the Patriots in round 2, Holland believes his Bulldogs are playing with an extra level of confidence.

“One thing that has helped us is that we have been in a couple of overtime games with two really good teams,” Holland said. “We were in overtime with Eufaula and against a tough Booker T. Washington team. We feel like how we prepared in those other games allows us to stay focused and not to panic.”

The Bulldogs have advanced to the regional finals for the fourth time in the last five seasons. Holland and the Bulldogs hope to advance to their second Final Four in that span.

“We have been blessed to be in four out of the last five regional championship games,” Holland said. “It speaks volumes about how the kids have worked.”

Tip-off is scheduled for 2:15 on Wednesday afternoon at the Garret Coliseum in Montgomery.