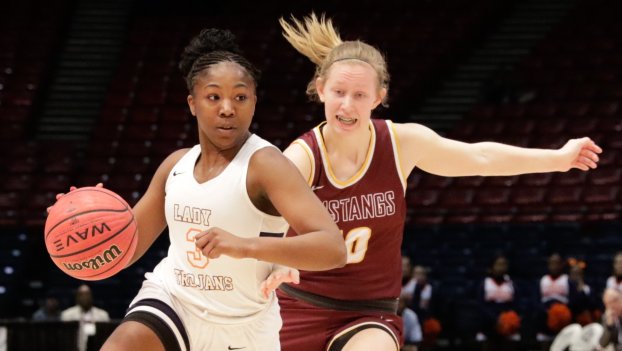 With the 2019-2020 basketball season finished the Alabama Sports Writers Association announced their All-State team over the weekend.

On the girls’ side, Charles Henderson and Pike Liberal Arts were both represented on the all-state teams.

Niaira Jones and Samira Moore, both of whom were named First Team All-State, represented Charles Henderson.

Pike Patriot senior Shelby Renfroe was named Second-Team All-State. Renfroe and the Patriots advanced to the AISA Final Four in Montgomery in 2020. Renfroe finished her season with 359 total points.

The Pike County boys made it all the way to Birmingham for the State Tournament and left with their first state championship. They were led by senior Andres Burney. Over the weekend  Burney was named First-Team All-State. Burney finished his career with 1,734 points and 720 rebounds

Javon Christian and the Pike Liberal Arts Patriots advanced to their first ever AISA State Championship in 2020. Christian was named All-State honorable mention as a junior.

The Pike County Probate Office is remaining open, but is limiting physical contact with the public as the nation seeks... read more