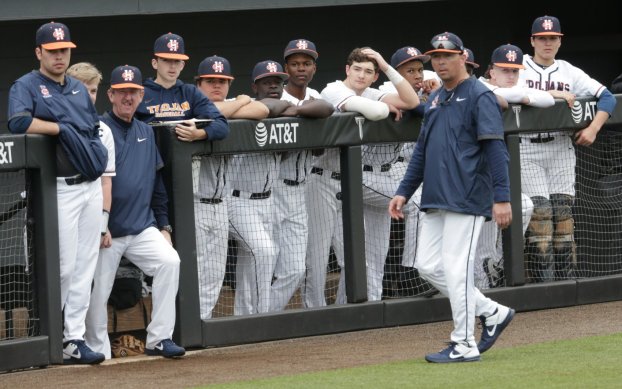 Charles Henderson and Goshen react to news of canceled season

State Superintendent Dr. Eric Mackey took to the podium on Thursday afternoon to announce the unfortunate news that all spring sports have been cancelled for the rest of the school year.

The announcement came during Gov. Kay Ivey’s press conference on Thursday. She announced that students will not be returning to the classrooms this academic school year.

Instead, local students will continue their education by different means. They will do the bulk of their work online.

Spring athletes won’t get that consolation prize. After receiving slim hope that their season may be revived in mid-April, Mackey’s announcement slammed the door shut.

“Like thousands of others, I am deeply saddened and disappointed that our schools have closed, and spring sports will not have an opportunity to finish their seasons.  Even more so, I am disheartened for all student-athletes, contest officials, their coaches, families, student bodies, fans, communities, and especially our seniors.  We are facing an unprecedented health crisis, but I am prayerful that the steps we are taking now within our schools and across our nation will enable all those affected to return to a sense of normalcy sooner than later.”

Although all spring athletes are affected, none have taken a hit as much as the senior class. The Goshen Eagle baseball team entered this season with seven seniors on their roster.

“The main thing is the heart-felt sadness we have for our seniors,” Goshen head coach Robby Kinsaul said. “I know me, Coach (Amy) Warrick, coach (Bart) Snyder, our administration all feel the same for them. It’s not like the guys in the NCAA who can get another year of eligibility. We won’t have that opportunity.”

Prior to Thursday’s cancellation, Charles Henderson head coach John Gluschick reached out to his players to see how they were handling the time off.

“Everybody was feeling good and hopeful,” Gluschick said.

The Charles Henderson baseball team entered the season with three seniors on their roster. When there is no longer a threat, coach Gluschick plans on taking his guys on a special trip.

“I might take the guys fishing when this is over with,” Glushchick said. “I don’t play golf, but ill go out there and watch them play. I want to do something special for them.”

The order to suspend all spring athletics was handed down on Friday, March 13. Since that day the Eagles kept slim hope that they were going to be able to get back on the baseball field. “There was a blank feeling, not knowing what was going to happen,” Kinsaul said. “We were all anticipating being back on April 6. Every day that goes by the numbers keep rising. It was just a matter of time that the announcement was going to be made. We just have to air on the side of caution.”

Gluschick was in his first year as head coach of the Trojans. After just getting 12 games in this year, he will have to go back to square one when the team gets back together for next season.

“I’m still learning kids,” Gluschick said. “I will have to learn about some of these kids. We might have to go back over some things and build on that. Next year is going to be a coaching up year for sure. If I don’t do that to the best of my abilities, it’s going to be a disservice to my kids.”

As of Thursday afternoon, The Alabama Independent School Association had yet to announce their plans for the rest of the school year. On March 13, the AISA announced that all spring sports were suspended through April 5.

The bright sunshine was no competition for the bright smiles of teachers and students at Banks Schools on Thursday. The... read more