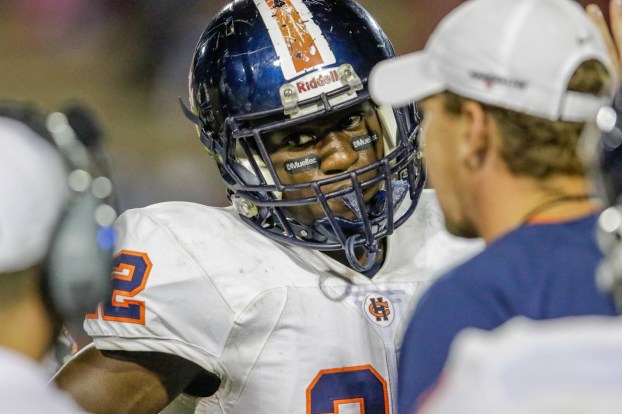 With the status of the 2020 high school football season still up in the air, both the Charles Henderson Trojans and Pike Liberal Arts Patriots officially released their schedules for the fall.

Both Charles Henderson and Pike Liberal Arts hopes to have a normal football season this fall and both of them hope to make a deep run in the 2020 playoffs.

The Patriots are welcoming in new head coach Mario White to Troy this season. White will replace long time head coach Gene Allen. Allen and the Patriots finished the 2019 out of the playoffs with a 3-8 record.

The Patriots will be in a region along with Hooper, Lee Scott, Valiant, Success Unlimited and Glenwood.

The Patriots will play in five home games and five road games in 2020. Their road schedule features a trip to Florida in the season opener to take on Freeport.

The Patriots then return home to play in four-straight games against Crenshaw, Hooper, Lee Scott and Edgewood.

The Patriots hit the home stretch of the season with four-straight road games that will feature games against Chambers, Tuscaloosa Academy, Success and Valiant.

The Patriots homecoming game will be against Edgewood on September 18.

The Charles Henderson Trojans finished the 2019 season with a 4-5 overall record and a 4-2 region record. They had an opportunity to take the region championship in the regional finale but they fell to Valley 41-20. They fell in the opening round of the playoffs to Faith Academy.

The Trojans will travel to Brundidge to take on long-time rival Pike County in the season opening jamboree on August 21. The Trojans will play five home and road games in 2020. Homecoming will be on September 25 against Williamson.

The second half of the regular season will include road games against Pike Road, Carroll and Headland and home games against Rehobeth and Brantley in the season finale.

Eagles ready for 3A

Goshen head baseball coach Robby Kinsaul and the rest of the Eagles will make the jump from Class 2A to... read more