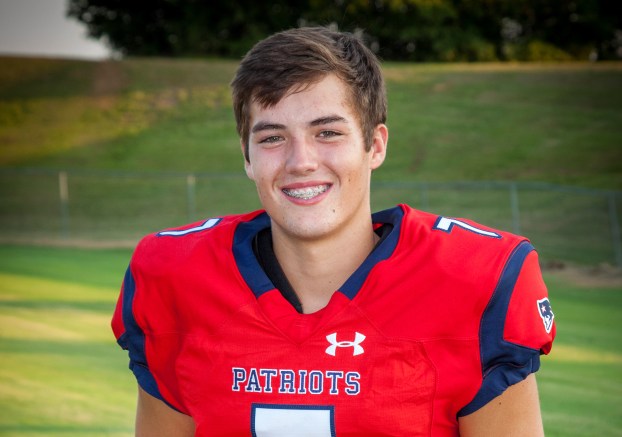 Pike Liberal Arts rising senior Scott Taylor Renfroe always dreamed of playing for his hometown Trojans. On Sunday, he moved one step closer to his dream when he committed to Troy University.

Renfroe has been a lifelong Troy fan, a passion that comes from his family.

“I’ve been really excited and I know family and friends are excited as well,” Renfroe said. “I’m glad I’m staying home. They can all come out and watch me play.”

Renfroe announced his decision on social media on Sunday. Since then, Renfroe has received congratulations from family members, teachers, friends and coaches.

“Everybody was excited and it made me happy that I have everyone’s support,” Renfroe said. “Troy players have commented or sent me messages telling me congratulations. I’m extremely blessed to have the reactions that I have gotten.”

Renfroe stayed in constant contact with the coaching staff at Troy University. When he finally received the offer from the Trojans, it took little time for Renfroe to announce his decision.

“I was sending them film and having conversations with them through text about three times a week,” Renfroe said. “Whenever they offered me it was a super easy decision for me because I have wanted it my whole life. I told them I needed time to think about it and pray about it, but whenever he offered me I knew I was going to commit.”

Renfroe’s father, Al Renfroe, grew up in Pike County and eventually went to Troy University as well. Scott Taylor has been a fan of the Trojans ever since he could remember.

“My whole family are Troy fans,” Renfroe said. “Growing up I went to every single sporting event; Football, basketball and baseball. I went with all my friends to the old arena. We found pictures of T-Roy and me going back to before I could walk. I have grown up loving Troy.”

Renfroe has another year at Pike Liberal Arts. When the time comes for Renfroe to step on campus, he will be ready to go.

“Expect another Troy kind of guy coming into the program,” Renfroe said.

From nursing homes to the health department, government offices to schools, COVID-19 cases continue to spread in Pike County. As... read more