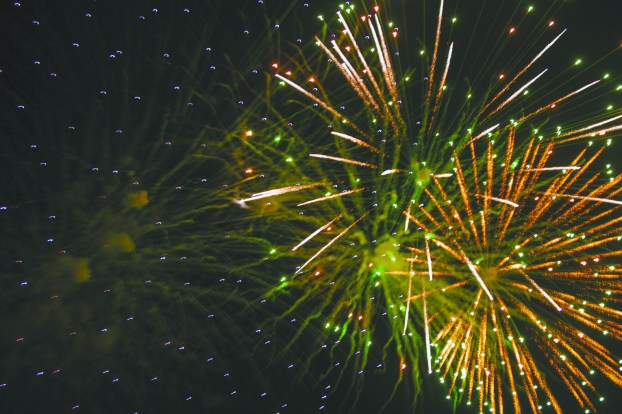 This Saturday the City of Troy will put on the annual firework display in celebration of the Fourth of July.

This 15 to 20 minute show will begin at approximately at 9 p.m., and the fireworks will be shot off from the campus of Charles Henderson High School.

“The suggested viewing area is Veterans Memorial Stadium at Troy University) and the property surrounding the stadium and the campus of Charles Henderson, but there are many viewing places in Troy where people can view the fireworks,” Dan Smith, the director of Troy Parks and Recreation, said.

Smith said viewers should  arrive early if they plan on coming to the stadium to watch the show.

“Families can sit side by side, but other guest must remain six feet apart,” Smith said. “If people are not comfortable being in the stadium, again there are numerous locations to view the show.”

While the pandemic caused concern about the possibility of having a firework display, Smith is thankful this year to be able to continue the tradition that he said dates back over 50 years.

Bo Gaylard first started shooting Fourth of July fireworks for the Troy community off the top of the concession stand at the StarLight Drive-in Theater. Later, when Gaylard became the recreation director in 1980, the show moved to the Veterans Memorial Stadium and the City of Troy has put on the display ever since.

“It means a lot to our community and it means a lot to the people of Troy. Every year, people from out of town also come to enjoy this popular display of patriotism,” Smith said.

Because there is a chance of rain this Saturday, Smith explained, “We’re going to try everything possible to have the show on the night of the 4th, but if we can’t because of the rain, the firework display will be Sunday night at 9 pm.”

If there is a postponement due to rain, an announcement will be made about an hour before the event on social media as well as WTBF radio.

“We encourage everyone to come watch and enjoy the show because shooting fireworks on your own can be hazardous if your not careful. We want everyone to be safe over the July Fourth weekend,” Smith said.