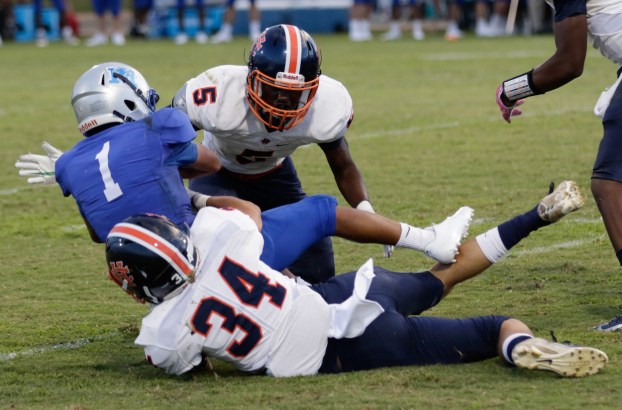 The Charles Henderson Trojans, the Ariton Purple Cats and the Zion Chapel Rebels will all play home games this Friday night.

The Charles Henderson Trojans open their season at Veterans Memorial Stadium against Montgomery Catholic, while the Purple Cats will play their second game of the season at home against Flomaton. The Rebels will open the 2020 season against Kinston Friday night at Bates Memorial Stadium in Enterprise. It will be a home game for the Rebels after they decided all home games would be played at Memorial Stadium.

The Trojans took on Marbury in a jamboree game last Friday night. The offense mustered one touchdown and fell to the Bulldogs 20-13.

The Trojans will open their season at home for the second consecutive season. They fell to Enterprise in the season opener last season. The Trojans, according to their latest schedule, will play the first of five consecutive home games to start the season on Friday night.

The game, originally scheduled to be played in Montgomery, will now be moved to Veterans Memorial Stadium.

The Knights opened the season last Friday evening against Pike Road. The Knights fell to the Patriots 63-34.

The Ariton Purple Cats broke a short two-game losing streak against Dale County last Friday night when they knocked off the Warriors 25-13. The Purple Cats now have a 1-0 record on the season for the first time since 2017.

The Zion Chapel Rebels were also in action last Friday night when they took on Flomaton in a jamboree. The Rebels fell to Flomaton, but head coach Randy Bryant believes his team learned a lot from their performance.

Zion Chapel and Kinston have met every year since 1974. In those 45 meetings the Rebels hold a slight advantage over the Bulldogs, 25-20. The Rebels knocked off the Bulldogs last season 34-30.

Kickoff for all three games is scheduled for 7 p.m.

Rebels learn about themselves during Friday night’s jamboree

Although the Zion Chapel Rebels loss to Florala in a jamboree on Friday night, head coach Randy Bryant thought the... read more