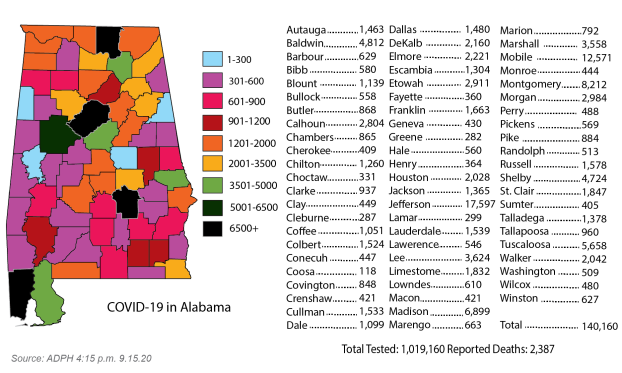 Pike County added eight new cases of COVID-19, according to the Alabama Department of Public Health update on Tuesday.

The cases included one confirmed and seven probable and bring the totals for both to 884 and 240, respectively. The county’s 14-day positive rate declined to 8.45 percent, although the county remains in the “very high risk” category according to ADPH.

Troy University reported an additional three local student cases and two at the Montgomery campus, the lowest daily increase in the past 14 days.

The report brings the total self-reported student cases affiliated with the Troy campus to 333 since Aug. 3.

Singing and songwriting are in Teddy Ray Bryant’s blood. His mother was a singer/songwriter and he is thankfully blessed that... read more