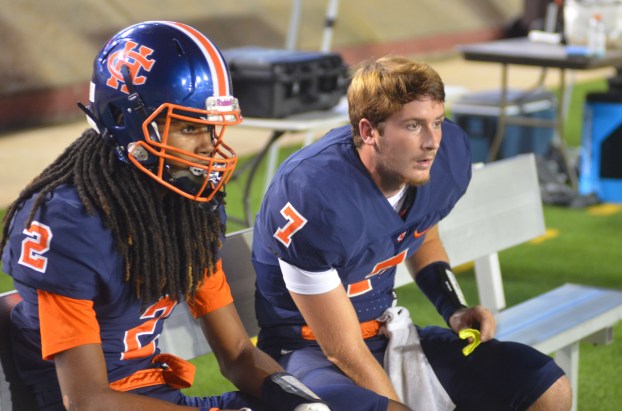 Trojans fall to 0-4 with loss to Williamson

The Lions of Williamson High of Mobile rolled into Troy’s Veterans Memorial Stadium Friday night and took a 30-0 win over the Trojans of Charles Henderson High.

Williamson got on the board first when junior quarterback Daniel Miller completed a 21-yard touchdown pass to Robert Woodyard, the try for two failed, and it was 6-0 Lions with 9:14 to go in the first quarter.

The Lions scored again on their next possession when junior running back Jahkobe Shaw broke a 79-yard run down the left sideline for a touchdown, and Miller found Woodyard open for a two-point conversion and a 14-0 lead with 6:35 to go in the second quarter.

CHHS punted on their next series, and Jeremiah Owens of Williamson returned it 45 yards to the CHHS 9. Two plays later Ryan Kidd bulled his way in for a TD, Miller ran it in for the two point try, and it was 22-0 with 3:25 to go in the first half.

The Trojans moved the ball to the Lion 13 yard line before halftime, but a 30-yard field goal was wide right, and it was 22-0 at halftime.

Shaw led Williamson in rushing with 111 yards on 16 carries, while Miller threw for 110 yards and two TD’s.

CHHS was led in rushing by Zach Coleman with 17 yards on eight carries.

Williamson will host Jackson on Friday, Oct. 2, while CHHS travels to Pike Road in a Class 5A, Region 2 matchup. Pike Road, ranked No. 7 in Class 5A, improved to 6-0 Friday evening with a 55-0 win over Tallassee.

The Troy Trojans put their 1-0 record on the line Saturday evening when they take on nationally ranked BYU in... read more