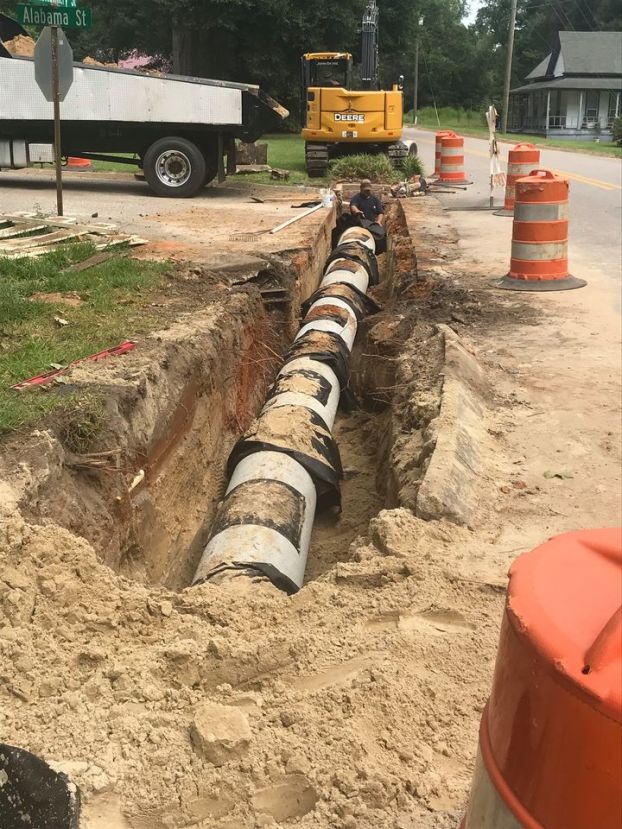 The Town of Goshen has completed two major projects that were made possible by a $260,000 grant award from the Alabama Department of Economic and Community Affairs (ADECA) and $212,000 in funds from the Alabama Gas Tax pool.

“The upgrades will increase the volume of water to those customers and, with the funds, we were also able to install eight fire hydrants in residential areas,” Jordan said. “The fire hydrants will provide increased fire protection in those areas.”

With the grant funds, Jordan said improvements were also made to the town’s well-water house.

“We were able to redo the piping and also the electricity and lighting in the well-water house, Jordan said. “The piping was put in back in the 1970s and hard metal and rusty. These improvements in our water system will be a huge help to us.”

In addition to the improvements in the Town of Goshen’s water system, funding in the amount $212,000 from the Alabama Gas Tax pool made it possible for the Town of Goshen to pave .92 miles in a residential area.

“That might not seem like a lot of paving but, for a town the size on Goshen, it was huge,” Jordan said. “With capital expenses like that, it would be difficult for us to put that money back.”

Jordan said the street for the paving project was determined by the greatest need.

“Both of these projects, the water project and street project, were major for us,” he said. “We really appreciate Rep. Wes Allen for writing letters supporting our efforts to get these funds.”

Jordan said a 10 percent match was required for the water works grant but a payout of $26,000 was money well spent.

“Here in Goshen, we don’t have a lot of money in the bank and we are really appreciative of the funds that we have received,” Jordan said. “Our Town Council members work really well together. Nothing could happen without their approval and every member of the council wants and works for what is in the best interest of all our citizens.

Jordan said the town council has a “get it done” attitude and Goshen residents are very supportive of the council’s efforts.

The Rehobeth Rebels improved to 4-4 on the season with a 29-14 win over Charles Henderson High Thursday night in... read more