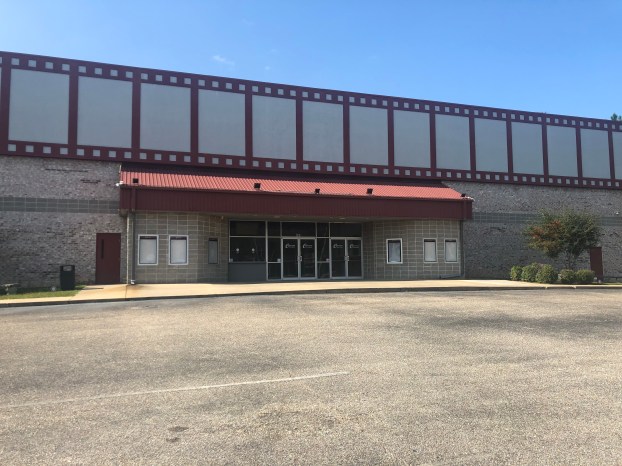 Photo/stacy graning The building that housed Continental Cinemas on U.S. 231 sits empty as the owner have closed the theater and are filing bankruptcy in the wake of revenue losses from the COVID-19 pandemic.

Citing lost revenues from the COVID-19 shutdown, the owners of Continental Cinemas confirmed Thursday they have closed the Troy theater and are seeking bankruptcy protection.

J. Kaz Espy, attorney for the theater owners, said in a letter that Jeff Taylor and Chase Taylor had recently “made the difficult decision to close operations and, today, filed a petition for Chapter 7 bankruptcy relief.”

The Taylors, who operated their business under Continental Cinema Corporation, owned and operated the movie theater on U.S. 231 for 22 years.

“Chase Taylor and Jeff Taylor have been the shareholders and directors for Continental since 1997,” Espy said in his letter. “Indeed, through the years they have sacrificed their individual time, energy and money to keep Continental operating, thereby allowing the Tory community a reprieve from the reality of everyday life by escaping into the world of cinema.”

Espy said the Taylors have foregone salaries and dividends “and, moreover, have often put community concerns above revenue.”

Espy confirmed the corporation has not been profitable to its shareholders for several years.

“When the COVID-19 pandemic hit us all in March of this year, it hit the cinema-industry particularly hard for obvious reasons,” Espy said. “That said, Continental’s primary lender, Troy Bank & Trust, and the City of Troy, both took decisive and helpful actions in an attempt to alleviate the wave of lost revenue created by the pandemic, but ultimately that financial pressure, combined with a pre-pandemic decline in general attendance, simply overwhelmed Continental’s financial stability.”

With no “identifiable ‘blue sky’ in the future, economic pragmatism dictated permanent closure to be the most logical course of action,” Espy said.

Espy said the Taylor are saddened by the closure but are extremely grateful for the years the theater was able to operate. “To that end, we would like to express our sincerest appreciation to not only Troy Bank & Trust (particularly Jeff Kervin, Walt Ellis and Allen Jones and the City of Troy for their respective efforts to keep Continental viable, but most of all to the Troy community or your love and support for so many wonderful years.”

The closing of the Troy theater follows a national trend. Earlier this month, Cineworld Group, owner of Regal Cinemas, announced it would close all of its locations in the U.S., Canada and the United Kingdom. Movie studios have delayed or shelved production of new movies and many slated for release during the summer and fall have been released straight to video-on-demand.

Although there are still a few days remaining before the October 29 deadline for absentee voting in the general election,... read more