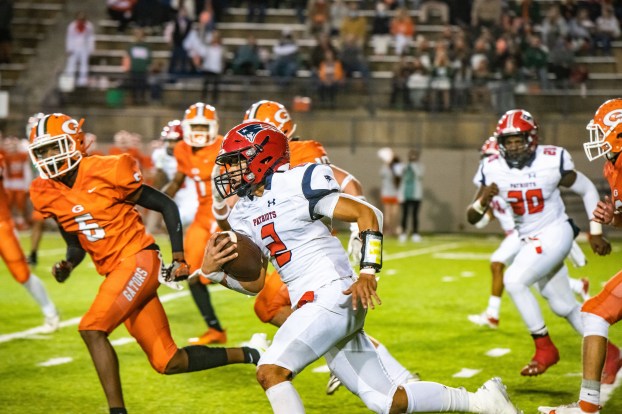 The Pike Liberal Arts Patriots won their first AISA State Championship since 2009 on Friday when they knocked off Glenwood Academy 38-21. Three days later the Patriots received the news they will be sending five players back to the Crampton Bowl for the AISA All-Star Game.

White credited the coaches as well as these players for their dedication and their attention to detail throughout the season.

All five players heading to the all-star game are seniors. White believes his team wouldn’t have been as successful this season without the production of the five all-stars.

“To be honest, without these guys none of this would have happened,” White said. “These guys really stepped up and put the team before themselves. It’s a testament of all their hard work all season long. That’s what this program is all about. It’s about guys leading the other guys and getting them to buy into the vision of what we are wanting to do.”

Kickoff is scheduled for 7 p.m.

When Robert Boyd thinks Thanksgiving, he thinks, first, of his many blessings and then his thoughts turn to the gathering... read more