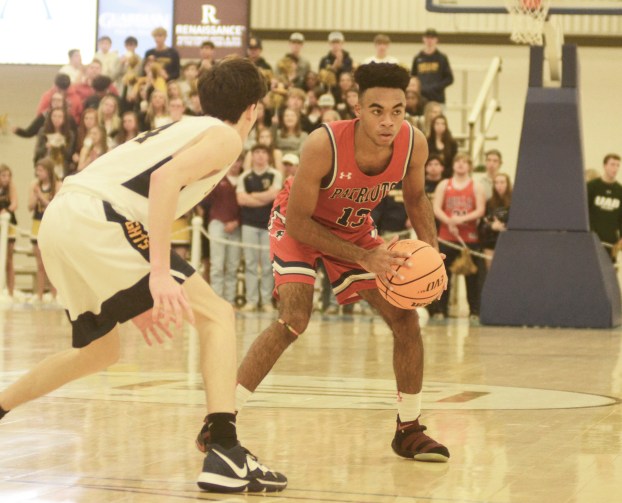 After making it to the AISA State Championship last season, the Pike Liberal Arts boy’s basketball team is eager to take the next step in 2020-21.

The Patriots are one game into their season. They opened up on the road against Macon-East just days after many of the players were playing for a football state championship.

“They are still a little tired from playing in the state championship game Friday night,” Brown said. “We had a three hour practice on Sunday. We tried to jam about a month’s worth of information into a three-hour practice. Didn’t work out in the game, but they gave me a lot of hope for what this team can do.”

The Patriots, like all teams, will be challenged with trying to play a full season in the midst of COVID-19.

“We’ve had two or three teams that have cancelled,” Brown said. “As of right now the AISA is not allowing tournaments. We were supposed to go to Lee-Scott. We had one at Macon-East in the first of December. They were supposed to meet about it, but I don’t foresee it happening. I think we are on revision 45 of the schedule. It’s been very difficult. Hoping we can get this season in.”

The Patriots enter the season with four starters returning off last year’s team in Javon Christian, Drew Nelson, Jeff Knotts and Austin Cross. They will be joined by plenty of new faces including Elijah Caldwell, Jay Taylor and Mario Davenport. Brown believes the team’s ability to gel will be what makes it special this season.

“We have four starters back off a team that was in the state championship last year,” Brown said. “We are very blessed there. We added Elijah Caldwell, who is one of the fastest kids I have ever seen on the court. We have Jay Taylor and Mario Davenport, who both can jump.”

Role players including Bubba Dean and Avery Ernsberger will also be back this season.

After taking a step further in each of the last three seasons, the Patriots are hungry to take the final step this year.

“This has been a work in progress,” Brown said. “Coach Ponder is not with us anymore, but he and I were working towards this. We got beat in the Elite 8, then got to the Final Four and then last year we got to the state championship. Our motto this season is take the last step.”

The Patriots have 18 players on their roster this season after having approximately 11 players last year.

“We have a lot more people that wanted to play basketball,” Brown said. “That’s attributed to what we have been able to build the last few years. There is a lot of excitement. I never want to turn anyone away from basketball. We will have a travel team and a home team. We will have 13 that travel with us and the rest will dress at home.”

Perhaps the biggest difference this season will be the Patriot’s size.

“Last year we didn’t have a whole lot of size,” Brown said. “This year it’s a different story. We went from being a guard heavy team to a forward heavy team.”

The Patriots will be back in action on Monday when they travel to Dothan to take on the Wiregrass Kings. They will play their first home game on Tuesday against Lee Scott.