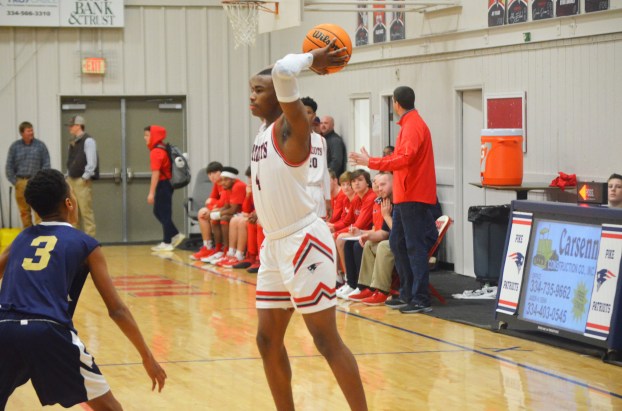 The Pike Liberal Arts Patriots have entered their final two games of the regular season.

The Patriots hosted Heritage Christian on Tuesday night before closing out the regular season on Friday night.

The Patriots knocked off fourth ranked Heritage Christian 68-38 on Tuesday to stretch their winning streak to seven games. Drew Nelson led the Patriots with 23 points. Javon Christian and Payne Jeffcoat each finished with nine points and Austin Cross had seven points.

The Patriots last lost came against Tuscaloosa Academy in a rematch of the AISA State Championship game last season. The Patriots fell to the Knights 63-59. Since then the Patriots have rattled off six-straight wins.

“We went up there and came out flat,” Brown said. “We were down 19-2 to start the game and we were trying to dig ourselves out of the hole the rest of the way. We learned that our guys are very passionate and they don’t like to lose. We have a really good group of competitors on this team. You could see the dial turn a little after that happened. We started putting it together a little at a time.”

The Patriots have had no trouble scoring points this season, averaging approximately 65 points per game. Brown believes the team’s greatest strength is being able to knock down shots.

“We shoot the ball very well and that has been our memo the last three or four years,” Brown said. “It doesn’t hurt having Austin Cross, Drew Nelson or Javon Christian out there, who are all very good shooters. We are unselfish, willing to drive the ball and kick it back out for an open shot. We keep it simple. We teach the guys a couple simple offenses and we teach them to play within those offenses.”

“Coming into this season we had four returning starters in Jeff Knotts, Drew Nelson, Javon Christian and Austin Cross,” Brown said. “Adding Jay Taylor, Mario Davenport and having Payne Jeffcoat come out of nowhere as a freshman has really helped us. We have a lot of guys who (play minutes). We don’t have to wear our guys down as much as we have in the past.  The previous two teams we had, we didn’t go deeper than seven players. We have a lot of guys who can get hot. When the defense shifts to one of the hot guys, the next one is ready to get hot behind him.”

It’s Girl Scout cookie time and, as good as the cookies are, they are just one of the many good... read more