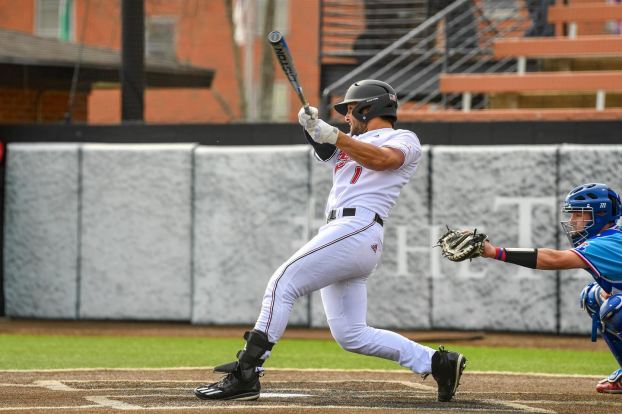 Photos /Troy Athletics Drew Frederic was named an All-American in advance of the 2021 season opener on Friday night.

At long last baseball season is back at Riddle-Pace Field as the Troy Trojans open the 2021 season against Youngstown State on Friday night beginning at 6 p.m.

Friday will mark Troy’s first game since March 10, 2020, when COVID-19 canceled the 2020 season. Friday’s game will be the first of a four-game series against the Penguins.

“Needless to say myself, our coaches and our players are eager for Friday,” head coach Mark Smartt said. “Can’t come fast enough. We have been on that countdown for quite some time.”

“We are eager to get started,” Smartt said. “We host a really good Youngstown State team that started last season very well before the cancellation so we will have to play well.”

Although Smartt has aspirations of winning a championship, this year Smartt and the Trojans just want to complete games.

“My singular goal is to just play the games,” Smartt said. “We have done a lot to get to this point. Our players have sacrificed a lot already and they will continue to do that. Our administration and our medical team have done incredible work. Playing the games is the central focus for me. We will deal with the outcomes good or bad, but getting to the starting line is going to be critically important.”

The Trojans lost last year’s Friday night starter Levi Thomas in the Major League Baseball Draft. Orlando Ortiz will fill that role this year and get the start on Friday night against the Penguins. Ortiz finished last season 2-0 with a 3.13 ERA. He had 17 strikeouts in 23 innings pitched.

“He was our number two starter last year,” Smartt said. “He is mature. I think he is prepared for the Friday night role, which is a very important role for any team. He has matured, he is prepared and he is better. It will be a new challenge for him.”

Garrett Gainous and Bay Witcher will pitch in Saturday’s double-header and DJ Wilkinson will close out the series on Sunday.

The Trojans will return all nine batters in last season’s opening day lineup. Two of those players, Drew Frederic and Caleb Bartolero, garnered All-American Honors leading into this season.

The Trojans had a league-most five players named to the Preseason All-Sun Belt team earlier this month. Those players include Lance Johnson, William Sullivan, Rigsby Mosley, Frederic and Bartolero.

The Trojans and Penguins have met a total of 12 times with the Troy holding a 10-2 record. Troy is 7-1 against the Penguins at Riddle-Pace Field and 3-1 in Youngstown.

Patriots heading back to state championship

The Pike Liberal Arts varsity boys basketball team is heading back to the AISA State Championship for the second consecutive... read more