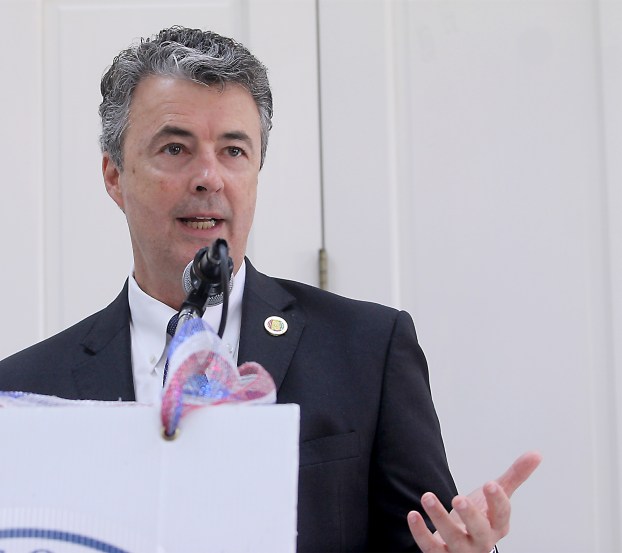 Alabama Attorney General Steve Marshall spoke to the Pike County Republican Women about why he considers human trafficking  to be one of his top priorities.

Marshall was the Marshall County district attorney before being appointed as attorney general by former Gov Robert Bentley. While the Marshall County DA, Marshall prosecuted the case of David Barrow. Barrow was a soccer coach and well liked and respected in the Guntersville community. But, Marshall said people would soon learn he had a darker side.

“He would travel to Huntsville and find drug addicts, women with children, and further their addiction,” Marshall said. “He would convince the mothers bring their children to a motel. He was paying mothers to provide daughters for his heinous acts.”

Barrow was arrested in May 2014 in Huntsville after his team has competed in the state soccer tournament.

Marshall went on to say that people in the community didn’t believe the charges against Barrow. He said many people had signs in their yards that read “David didn’t do it.”

Barrow was convicted and sentenced to 30 years on human trafficking charges.

“Human trafficking happens in many situations,” Marshall said. “The perpetrators can be people you know and wouldn’t suspect and it can happen in places where you think it wouldn’t happen.”

To learn more about human trafficking, visit the Department of Homeland Security’s Blue Campaign, dhs.gov/blue-campaign, or the National Center for Missing and Exploited Children, missingkids.com.