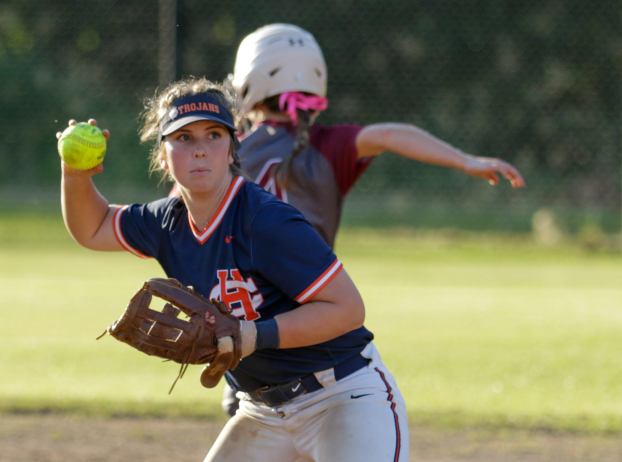 The Charles Henderson Lady Trojans finished the Class 5A Area 4 Tournament in second place after going 2-2 on Tuesday in Andalusia.

The Trojans picked up a pair of wins against Greenville, but lost to champions Andalusia twice.

The Trojans scored nine first inning runs in their 20-4 game one win against Greenville.

The Trojans took a 2-1 lead into the sixth inning against Andalusia in their second game of the day, but allowed two sixth inning runs and fell 3-2.

The Trojans knocked off Greenville 15-0 in game three before falling to Andalusia 6-5 in game four.

A second place finish sends the Trojans to the regional tournament in Gulf Shores.

The Trojans had six first inning hits. There were three extra base hits in the inning, including a three-run home run by Cain.

The Trojans finished with three hits. Madison Stewart, Hannah Sparrow and Madison Allen each had a hit for the Trojans. Allen had both of the Trojans’ RBI.

Similar to their game one win against Greenville, the Trojans scored

Potter a highlight of Spring Plantin’

Spring Plantin’ at the Pioneer Museum of Alabama always has something old and something new but this year, the something... read more