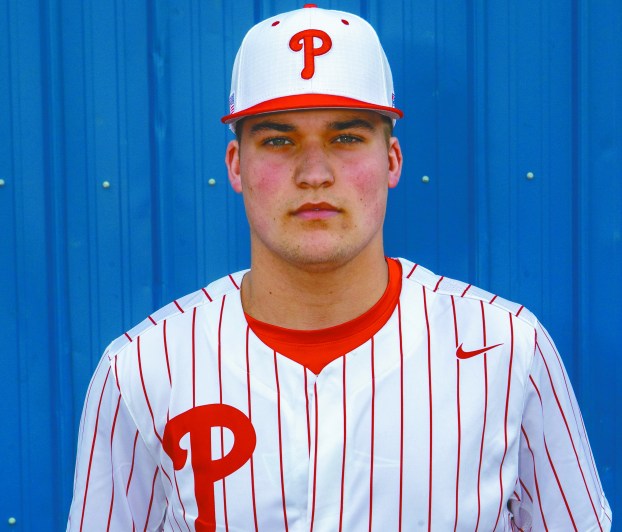 Levi Sikes and the American Legion Post 70 19U baseball team are eager to improve during the summer season.

Fresh off his championship-winning season with the Pike Liberal Arts Patriots, Sikes has the opportunity to get back to playing in a travel ball like atmosphere along with some familiar faces.

“It’s like we are playing travel ball again, like when we were younger,” Sikes said. “We are grown up now and are a lot better ball players than we were, so it’s a lot of fun. We had our first tournament this weekend. We kind of all know each other, but we are getting the feel of playing with each other again.”

Sikes has already committed to play baseball at Central Alabama Community College. He is one of 18 players on the roster either on a college roster or is committed to play collegiately.  Sikes and his teammates will use the summer to improve in advance of the collegiate baseball season.

Individually, Sikes wants to improve defensively before playing his first season with CACC.

“I want to get better defensively before going off to college,” Sikes said. “I believe offensively I’m good, but you can always get better.”

Sikes will spend the summer playing both third and first base.

Sikes is joined by plenty of familiar faces this summer. Former Patriots, Davis Allen, Holt Steed, Hunter Keenan, Walker Stallworth, Cole McWhorter, who also played with Charles Henderson, are all on the team.

“It’s fun,” Sikes said. “I know our season last year got cut short, so getting the chance to play with them again is really cool.”

Sikes will also have a familiar face inside the dugout in head coach Rush Hixon. Hixon is coming off his first season as head coach at Pike Liberal Arts where he helped lead Sikes and the Patriots to a state championship.

“Rush is a cool dude,” Sikes said. “He is a younger coach and closer to our age. He gets and understands us. He knows we are kids and we want to have fun, but when it’s time to get down to business, he can. He is a good coach. He knows a lot about baseball.”

“He knows what it takes to go from JUCO to a Division-1 school, which is what I want to do,” Sikes said. “He knows that rout and has done that rout. He tells you how it’s going to be and it’s going to help out a lot.”

Sikes played on the Post 70 17U team last summer. After COVID-19 shut down the high school season last year,  Sikes and Post 70 had a longer wait before playing in the summer. This time around Sikes had just weeks to prepare for another season.

“It was good because we came fresh off our state championship game,” Sikes said. “We weren’t out of baseball very long. We went right into it and we didn’t skip a beat. I like it better going straight into it rather than taking a break because I love baseball and I love playing it. It’s not a problem for me.”

Post 70 has had recent success, winning four consecutive state championships. This season Sikes and Post 70 is looking to advance to the American Legion World Series.

“There is a ton of talent on this team,” Sikes said. “When we all start clicking again and playing together more, I think we will be just fine. I can see us going to the World Series easily this year.”