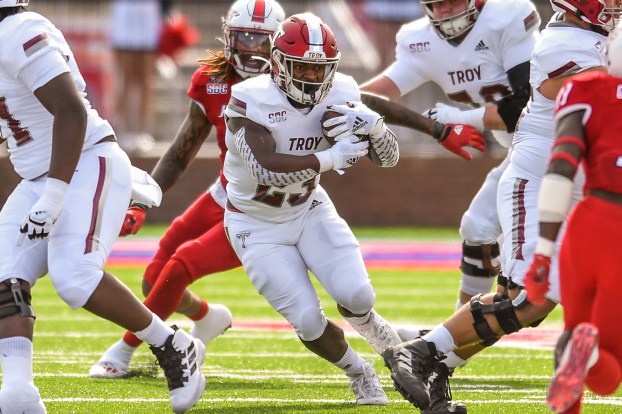 Troy Football beats South Alabama in the Battle for the Belt

Troy freshman running back Kimani Vidal has been named to the Doak Walker Award Watch List for the 2021 season, the PwC SMU Athletic Forum announced on Wednesday. The award is given annually to the nation’s top running back.

He became Troy’s first true freshman to rush for over 100 yards in back-to-back games. He rushed for 106 yards on 12 carries against Texas State and a season high 143 yards against Eastern Kentucky. He also had one rushing touchdown and one reception for 12 yards.

Vidal became the first Troy true freshman to rush for at least 100 yards in a game since 2009 and he became just the third true freshman in school history to do so.

The PwC SMU Athletic Forum Board of Directors will name 10 semifinalists in November and three finalists will be announced later that month.

The recipient of the award will be announced live on the Home Depot College Football Awards.