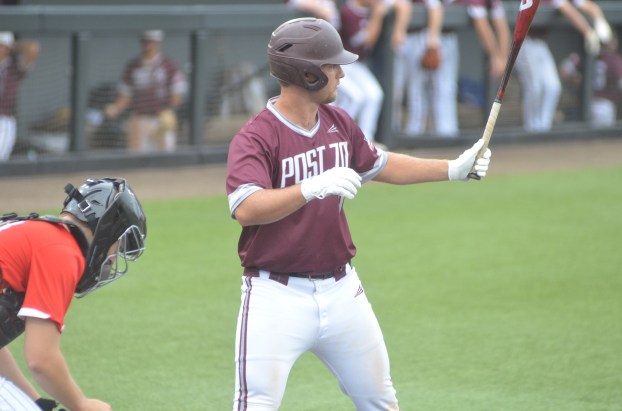 Photo/Mike Hensley The American Legion Post 70 baseball team will travel to Huntsville on Friday to begin play in the Alabama State Tournament.

Post 70 arrives in Huntsville with a 15-4-1 record this season. They will begin the tournament against Leeds, beginning at 2:30 p.m. at James Clemens High School in Huntsville.

“We are really excited as a whole group,” head coach Rush Hixon said. “We have been playing tournaments and games all summer, kind of building up for this postseason and the state tournament. Now it’s here and I think the guys are very excited to play with something on the line.”

Post 70 has won four-straight state championships heading into this season. Although there is recent history of success, this group of players is relatively inexperienced when it comes to this state tournament.

“There is no running from the recent success,” Hixon said. “Its been awesome, but this team right here hasn’t really done a whole lot with that. While our name has had a lot of success, this team as a group really hasn’t had that success yet. It will be new for them, it will be a lot of fun. Last summer we didn’t get a chance to compete in the postseason because of COVID. We have a bunch of winners on this team, so we are expecting big things.”

The tournament will feature a double elimination style format, something different than what Post 70 has faced this summer.

Post 70 will be tasked with going up against unfamiliar teams in this tournament, teams they have not seen so far this summer.

“That’s one thing that’s different this summer than the past,” Hixon said. “Most of the things we have done when it comes to scouting has been based on other teams and what they told us. You never really know what you’re going to get, but we expect there to be some good competition.”

Post 70’s pitching staff had a combined ERA of 4.36 during the regular season. Jayce James led the way with a 1.35 ERA in 20 innings pitched. Hixon and Post 70 will rely on their pitching staff during the tournament.

“We have to pitch the baseball really well,” Hixon said. “We have to limit the walks. I think if we limit the free passes on the mound and put together some productive at-bats at the plate we are going to have some success. I think if we pitch well we will have a really good chance to walk away from this thing pleased.”