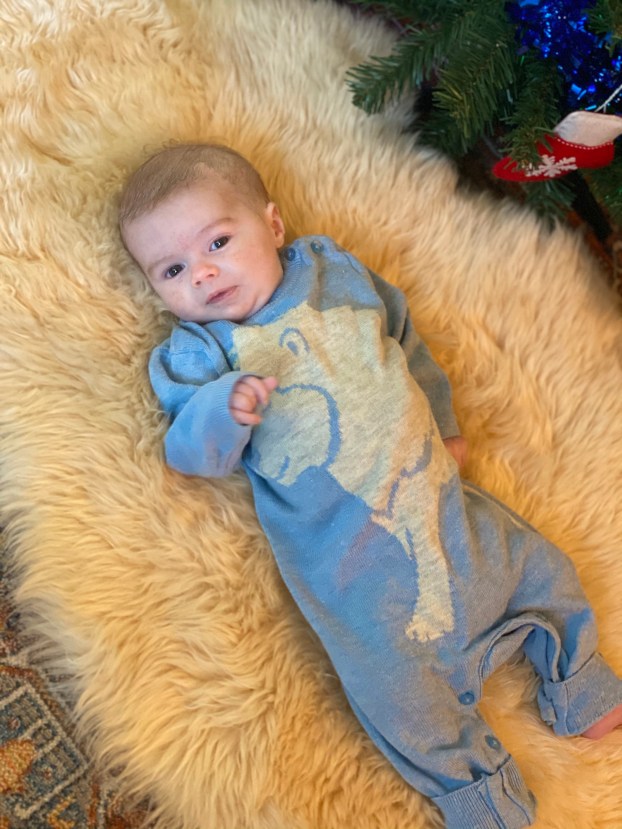 Contributed Photo Graham Hendrix was born with Type 1 Spinal Muscular Atrophy, a rare genetic disorder. Graham died from the disease Jan. 16, 2021. His parents, Taylor and Lauren Hendrix, are raising awareness of the disease and are advocates for SMA screens for newborns.

When Taylor and Lauren Hendrix welcomed their newborn son, Graham, into the world, they had no idea he was born with an incurable disease that would claim his life less than two years later.

“If Spinal Muscular Atrophy had been on the newborn screening in Alabama, we would have found out before his muscles started to atrophy,” Lauren said. “Once the muscles start to waste away, it’s too late. If we had known, he could have gotten treatment at birth.”

Graham was born Oct. 26, 2020, and Lauren said she and Taylor noticed something was wrong a few weeks later.

The couple took Graham to Baptist South, but he was immediately transferred to Children’s Hospital in Birmingham. She said testing took about two weeks, and when the results came back, they learned Graham had Spinal Muscular Atrophy, or SMA.

Lauren said she and Taylor learned they were both carriers for SMA. According to the Neuromuscular Network, SMA is cause by a mutated or missing gene named SMN1, or survival motor neuron 1. The condition can be recessive, meaning a person has both a normal and defective copy of the gene, which means people can be a carrier for SMA and be unaware of it.

Taylor said one night in January, Graham stopped breathing. He was treated by the Troy Fire Department and given a life flight to Children’s Hospital. Graham died from the disease on Jan. 16, 2021.

“There is no cure for SMA,” Lauren said. “There is only one treatment for children. A $2 million gene therapy drug called Zolgensma. That’s what Graham received. While we did see some movement come back to his limbs a few weeks after his treatment, on January 15th Graham stopped breathing in his car seat when SMA reared its ugly head. We did everything to save him, but the Lord had already called our baby home. Had we known our child had SMA before he got sick, we could have treated him before he showed symptoms and he could have lived a very different life.”

Lauren started a petition on change.org (change.org/p/alabama-lawmakers-get-spinal-muscular-atrophy-put-on-the-new-born-screening-in-alabama) to encourage the decision makers in the state to include SMA on pre-birth screenings in Alabama as well as to raise awareness for the disease.